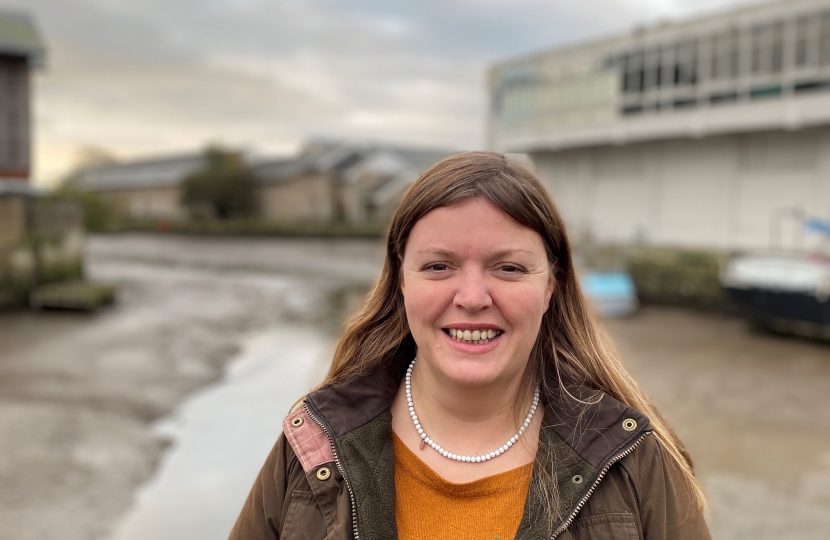 A Cornwall councillor with a passion for the environment has been selected as the Conservative Parliamentary candidate for Truro and Falmouth.

The mother-of-one is keen to support Prime Minister Boris Johnson in his determination to get Brexit done and take the country forward.

She will push for further investment in the local NHS, building on the government’s multi-million-pound commitments to transform Royal Cornwall Hospital in Treliske, and wants to ensure the constituency sees the full benefits of extra funding for schools and policing.

Cherilyn will also continue her work to protect the environment and tackle the scourge of single-use plastic.

She organises litter-picks and beach cleans and has been working with Final Straw to enhance the plastic-free project in St Austell.

“I’m thrilled to be selected as the Conservative Parliamentary candidate for Truro and Falmouth and today I’m straight down to business, knocking on doors, meeting local people and addressing their concerns,” said Cherilyn, the Cornwall councillor for St Mewan.

“This is a wonderful constituency and, working with the strong team of Conservatives locally, I will do everything in my power to stand up for local residents and secure a brighter future for everyone.”

She added: “Voters will have a clear choice at the general election. If you vote Conservative we can get Brexit done and move forward, focusing on people’s priorities like the NHS, schools and policing.

“A vote for any other party could lead to another hung Parliament with Jeremy Corbyn in Downing Street, with more dither and delay and the chaos of another two referendums.”

Alan Dovey, chairman of Truro and Falmouth Conservatives, said: “We had a high-quality list of candidates to choose from and Cherilyn stood out with her energy and determination to succeed.

“She is an excellent campaigner and would be a great champion for residents across the constituency.

“We look forward to working closely with Cherilyn to return her as our next MP, supporting a positive Conservative agenda to deliver Brexit and focus on issues like the NHS, schools and policing.”

Sarah Newton chose not to seek re-election as the Conservative MP for Truro and Falmouth.